After much scrutiny on social media to the actual identity of BLUE BOX and Hasan Karahman, the studio are moving forward and blocking out the noise as they’re set to release the ‘Abandoned Trailers App’ for the PlayStation 5 on July 29.

The app will be free of charge, and it’s quite interesting that so much fanfare is being done for trailers. It sure has social media talking, and maybe that’s the whole aim of this endeavor.

BLUE BOX themselves have announced that the app preload will be free of charge and the introduction will be available on August 10. The first trailer for the game will then follow later that month.

Abandoned is described as a cinematic survival sim, and will be a PlayStation 5 exclusive when it launches. 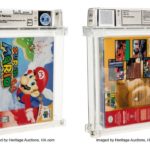 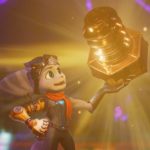 Have you gotten your Ratchet & Clank: Rift Apart Platinum Trophy?