Capcom have been riding the wave of success from their recent Resident Evil releases, including the highly successful Resident Evil Village, but it seems that’s all about to change because of a recently filed lawsuit.

As reported by Polygon, Capcom has allegedly been using photos from Designer Judy Juracek and have been using them to use for their games, specifically Resident Evil 4 and Devil May Cry.

Juracek has filed a complaint in the Connecticut Court last Friday, claiming that the gaming company have lifted photos from her copyrighted book “Surfaces”, published back in 1996, which hosts a collection of over 1,000 photographs that the author has taken herself. According to the report, any use of the images for commercial purpose need to be licensed from her first, which Capcom apparently never did as the lawsuit states.

To back the lawsuit up, Juracek has also included multiple instances, over 80, of alleged use by Capcom. One of the outstanding instances include the Resident Evil 4 Logo, which came from a photo of glass in Italy. Juracek states in her lawsuit that “It is hard to imagine that Juracek would take a photo of shattered glass in Italy and interior mansion door design and that Capcom artists would reproduce the exact same pattern of shattered glass in a logo and interior design without benefit of Juracek’s photographs,”

There are many more instances of this, as supported by over 100 pages of documentation from Juracek, but she was only made aware of it when the huge Capcom hack happened last year due to the fact that one of the files on the CD-ROM copy of her Surfaces book titled “ME009” also appeared in the hacked files from Capcom.

Capcom are aware of the lawsuit but have not given any comment, and you can view the full details over at the Polygon website. 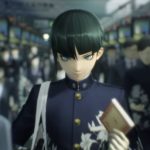 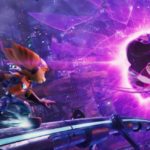