Project Condor, a multiplayer spin-off of Control, has been announced

Following the release of Control Ultimate Edition early this year for the current-gen consoles, Remedy Entertainment isn’t resting on its laurels, as the team is now set to work on a multiplayer spin-off of Control.

Codenamed Project Condor, the new game will be done in partnership with publisher 505 games, and will be available for the PlayStation 5, Xbox Series, and PC. The spin-off will be built on Remedy’s proprietary Northlight technology and initial investments for it amount to 25 Million Euro.

Mikael Kasurinen, Game Director of the Control franchise, shares that “We get that there is going to be skepticism about multiplayer. But I believe we can create shared experiences without compromising the unique DNA of who we are, or the stories we want to tell. Yes, we need to re-think our angles, our techniques, our mindset, but we see it as an exciting challenge: What would a Remedy multiplayer game look like?”

Remedy have shared a teaser image of the upcoming game:

Alongside Project Condor, Remedy also has plans to further expand the franchise with another, bigger-budget Control-game, to be agreed in more details in the future.

CEO of Remedy Entertainment Tero Virtala said “We have successfully collaborated with 505 Games for
over four years and have both become stronger in our respective fields. We are happy to extend and
deepen our partnership. This new agreement supports Remedy’s aims to expand our games into long-term
franchises, create benchmark-setting games, strengthen our commercial capabilities and collaborate with
great partners with whom we can succeed together.” 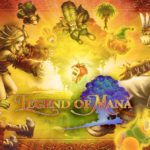 Legend of Mana Remaster Review — Not quite how I remember it 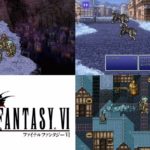