Deathloop goes gold ahead of its September release

Its been a long and rocky road for Deathloop, but Arkane Lyon has announced that the game has now gone gold, almost assuring the gaming public of its September 14 release date. I say almost, because, well, you know…

Arkane Lyon’s latest was the recent highlight of Sony’s State of Play livestream, which showed off 9 minutes of intense gunplay that the studio is well known for. The game was initially supposed to launch back in May but was moved to September, citing health and safety reasons.

Deathloop “puts you in the role of Colt, a man with a unique problem. Every morning you wake up on the same beach with the same killer hangover, the subject of the same island-wide manhunt by the same entitled partyers. There’s only one way to free yourself from the loop, the island, and the cycle of slaughter: You’re gonna have to take out the eight people responsible for maintaining the loop. You’ve got to accomplish this nigh-impossible task before midnight, so you better get creative.”

Deathloop will be a PlayStation 5 console exclusive when it launches on September 14. 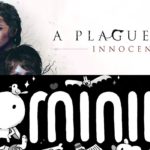 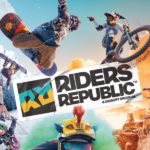