Playism and WAA Playground have announced that Record of Lodoss War: Deedlit in Wonder Labyrinth will make its way to the PS4, PS5, Xbox One, Xbox Series, and Switch on December 16, 2021.

With gameplay similar to titles like Bloodstained and Castlevania, Deedlit in Wonder Labyrinth first released in early access for the PC back in March 2020 and saw a full release earlier this year.

The game will see a physical release in Japan, which will include a copy of the soundtrack and a special artbook as a first-print bonus.

Here are some of the features of the game, courtesy of its Steam page:

Record of Lodoss War: Deedlit in Wonder Labyrinth is scheduled to release on December 16, 2021 for the PS4, PS5, Xbox One, Xbox Series, and Switch. 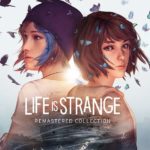