While you’re waiting for the second season, fans can sink their time on Demon Slayer The Hinokami Chronicles for the PS4, PS5, Xbox One, Xbox Series, and PC, which is now available digitally or through your nearest retailers.

The game features both the Adventure Mode that follows the story as portrayed in the Demon Slayer: Kimetsu no Yaiba anime, and the Versus Mode where you can take control of the characters from the anime and match up against other players.

In Adventure Mode, you can follow Tanjiro Kamado and dive into the story from the Demon Slayer: Kimetsu no Yaiba anime, including both the “Tanjiro Kamado, Unwavering Resolve Arc” and the “Mugen Train Arc”.

In Versus Mode, players can choose from a total of 18 characters, including favorites like Nezuko, Zenitsu, Inosuke, and much more.

Players can also look forward to 3 future free updates which will be adding demons such as Rui, the Lower Five, and Akaza, the Upper Three, as Versus Mode characters.

Southeast Asian retailers have a little surprise for players who purchase the game, as a limited exclusive Demon Slayer Tote Bag will be given for each purchase of the game. Standard edition purchases are limited to pre-orders or while stocks last while limited edition purchases, which retails for $135 (PHP6,695) contains the figurine device stand, will automatically receive a tote bag.

Demon Slayer The Hinokami Chronicles is now available for the PS4, PS5, Xbox One, Xbox Series, and PC. 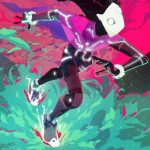 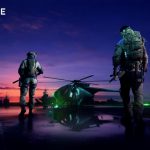