4K 60fps, Raytracing, and Variable Refresh Rate is one thing. Getting all of this along with Dolby Vision is another, and now you can have all that on your Xbox Series S and X.

Announced by Microsoft, Xbox Series consoles will now be able to enjoy enhanced graphical fidelity with Dolby Vision and more than 100 next-gen HDR optimized titles are “available now or coming soon”. New titles won’t be the only ones to benefit from Dolby Vision, as even classic HDR10 and auto HDR games will see an improvement in visual quality.

Microsoft has confirmed that more titles will be supported as they provide developers with tools to take advantage of the update and that they are working closely with TV manufacturers to enable support with 120hz if the hardware permits.

It goes without saying that your TV sets must be Dolby Vision-enabled, and according to the news announcement, “you’ll need to enable your television’s next-gen gaming settings, such as automatic low-latency mode (ALLM) or variable refresh rate (VRR).”

This is certainly a huge boost for Xbox Series owners, as current and future games like Halo Infinite will certainly look and sound much better, offering a more immersive experience.

Should be a perfect pair with the upcoming limited-edition Halo Infinite Xbox Series X! 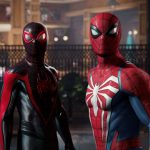 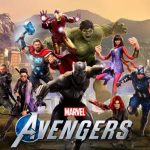