EA’s Fight Night rumored to be greenlit, might be making a comeback

How long has it been since the last Fight Night game? Around 10 years ago with Fight Night Champion from 2011, but rumors are now coming in that the franchise will see a return as it has already been greenlit and in early development.

Coming from a report by VGC, the new project is codenamed “Moneyball” and is already in the early stages of development, according to people with knowledge of plans from the EA Sports label.

While fans of the franchise might get a bit too excited for this, it would be best to temper expectations since the project has been paused for now in favor of prioritizing the quality of the next UFC game that’s planned for late next year, based on an EA Canada studio-wide email that VGC got to see.

Because of this, fans shouldn’t expect the game to come anytime soon, but the mere thought of a new Fight Night game should be enough to get fans excited for the eventual return of arguably the best boxing titles from years ago.

Are you looking forward to a new Fight Night game? 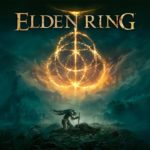 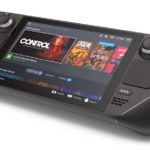