Footage of Elden Ring, FromSoftware’s highly anticipated title that’s set to release on January 2022, has allegedly leaked online and is making the rounds.

The leaked footage, which has was already removed from multiple Youtube channels, can still be seen on Twitter, and industry journalist and insider Jeff Grubb has commented that the leak looks like it was taken on an Xbox One X based on framerate.

There’s not much to see in the short clip, with the protagonist jumping around some rocky terrain, but it certainly looks real based on the previous and screenshots we’ve seen of the game.

Of course, as with leaks, this should be taken with a grain of salt but as we inch closer to its January 21, 2022 release date, we should expect to see more of it in the coming months, particularly during The Game Awards which is scheduled to air on December 9.

Are you looking forward to Elden Ring when it releases next year for the PS4, PS5, Xbox One, Xbox Series, and PC? 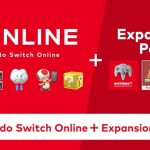 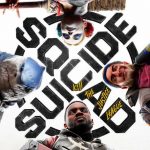