Rhythm-based games have had their fair share of time in the spotlight years ago. In today’s gaming landscape, you’d be hard-pressed to find a relevant franchise that focuses on the genre apart from Ubisoft’s Just Dance.

This is one way to go about it though, as Epic Games has announced that they’ve acquired Harmonix, the developers behind the Rock Band and Dance Central franchises. This ties in well with Epic’s efforts to create their “universe”, especially with Fortnite playing host to huge virtual concerts like that of Travis Scott and Ariana Grande.

Alain Tascan, Vice President of Game Development at Epic Games shares that “Music is already bringing millions of people together in Fortnite, from our emotes to global concerts and events. Together with the Harmonix team we will transform how players experience music, going from passive listeners to active participants.”

As posted on the Epic Games blog, Harmonix will be working closely with Epic to “develop musical journeys and gameplay for Fortnite while continuing to support existing titles including Rock Band 4,” so it would be safe to say that we can look forward to more interactive and immersive ways for events like these in the future.

Meanwhile, Harmonix has also announced that there will be no change to the Rock Band 4 DLC plans and will continue as scheduled. 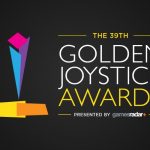 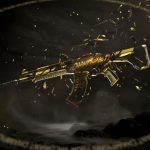