Signups for the Final Fantasy VII The First Soldier closed beta test is now ongoing for Android devices in North America and Canada. The rest of the world will have to wait a little bit longer, but fans on the Western side of the world will get first dibs on the action starting June 1-7.

Signup will run starting today until May 27 through Google Play and will require the following device specs:

As it is a closed beta test, Square Enix have advised that errors and bugs may occur and are encouraging the players to report them so that the team may improve the performance upon launch. Any progress made during the closed beta will not carry over to the commercial release of the game.

Final Fantasy VII: The First Soldier aims to introduce the franchise to a whole new audience who may possibly have not heard of Final Fantasy yet.

Final Fantasy VII: The First Soldier is scheduled to release sometime later this year for iOS and Android devices. 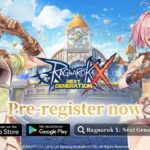 Ragnarok X: Next Generation will launch on June 18 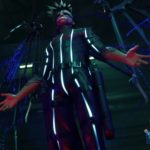