The anime and manga world will never be the same again.

As reported on Anime News Network, Berserk manga creator Kentaro Miura, 54 years old, passed away last May 6, 2021 due to acute aortic dissection. This sent shockwaves throughout the anime and manga community considering Berserk was such a celebrated title, one whose manga has yet to reach a conclusion.

News of the mangaka’s passing has also reached the gaming community, specifically players of the MMORPG Final Fantasy XIV. And in a touching display of respect, many have gathered in the area called Ul’dah and lined up with lit fires to play tribute to Miura-san. The spectacle can be seen online, like this one video by Youtube user Artorikus:

Another clip of the gathering paying respect to Miura-san can be seen here by another Youtube user, SmugAnimeGuy:

Some of the Final Fantasy XIV players even donned Dark Knight armors and branded out their large swords, a clear tribute to Berserk’s main protagonist, Guts.

Kentaro Miura’s Berserk truly had some impact as far as Final Fantasy players are concerned. You only need to look at Final Fantasy VII’s Buster Sword wielding Cloud Strife, or even Final Fantasy X’s resident samurai Auron, who also brandishes a large sword.

FROM Software also took a lot of inspiration from Berserk’s Dark Fantasy setting which can be seen beginning with Demon’s Souls. You can pretty much say it’s thanks to Berserk that players the world over are enjoying (or suffering) from what we now call the Souls series of dark fantasy games.

Kentaro Miura’s legacy is clear with all the support that players are giving, and his passing is truly a tragedy for fans of his hit series Berserk. 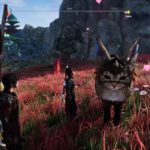 Edge of Eternity gets an 8 minute gameplay trailer 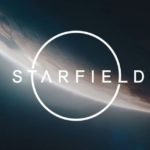