Forever Skies Is A New Sci-Fi Survival Game For The PS5, Xbox Series, And PC

As unveiled by IGN, Forever Skies is a new first-person action survival game from Polish Indie Studio Far From Home, a new studio whose staff is anything but new, as they are industry veterans who have worked on such titles as Dying Light and The Medium.

Previously codenamed as “Project Oxygen”, Forever Skies is set on Earth after an ecological disaster where the surface is covered in toxic dust, you journey to discover a new world beyond the surface with brand new flora and fauna to cure a mysterious illness. To navigate, you will build and customize an airship that serves as your base of operations above the surface of the Earth. Within it, you can utilize your workshop to utilize your scientific knowledge to build and operate machines. Finally, scavenge the unfriendly skies to harvest its raw material and discover the secrets of the Earth’s past.

Forever Skies will launch on PS5, Xbox Series, and the PC. It will first be released as an Early Access single-player experience title on the PC later this year.

Far From Home plans to add a coop mode which will be co-designed and tested with the community. 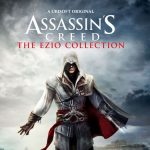 Assassin’s Creed: The Ezio Collection Is Coming To The Switch In February 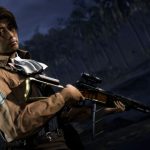 Call Of Duty Gets An Attack On Titan Collab