Following the event announcement that will reward players with various in-game goodies, miHoYo has announced that the final stage of the Enchanting Journey Of Snow And Stars event is scheduled for a global broadcast on January 13, 2022 via various platforms like Youtube, Twitch, and VK.

Thanks to the overwhelming enthusiasm from players all around the world that unlocked the One Million Participants milestone, a celebration will be held that will feature a one-of-a-kind light show and musical performance.

Highlights of the event will include:

The broadcast schedule of the event is as follows:

Genshin Impact is now available for the PS4, PS5, PC, and Mobile Devices, with the latest 2.4 update out now. 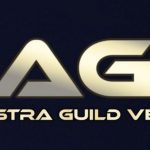 Astra Guild Ventures Gives You The Opportunity To Earn While Playing

Take-Two Interactive Set To Acquire Zynga For A Massive $12.7 Billion