Genshin Impact’s Arataki Itto Will Be Voiced By T.M. Revolution

On November 24, Genshin Impact will be bringing in its latest 2.3 update, which will see a whole host of new events to keep players busy, along with a couple of new characters to spend more of your valuable Primogems on.

One of these characters is Arataki Itto, a 5-star Geo Claymore user who is the next Genshin Impact husbando that most everyone will be gunning for. His character design is quite unique and very appealing, but fans will be delighted to know that Itto’s voice actor is no slouch at all.

Anime fans know him full well as T.M. Revolution… Yes, the same T.M. Revolution we all know and love from way back that popularized the song “Heart of Sword” from Rurouni Kenshin and many more tracks throughout the years.

His real name is Takanori Nishikawa and he actually posted a teaser on Twitter over the weekend, which shows a picture of Itto and himself with similar pieces of clothing. Although Nishikawa is taking on this role, his main creative expertise remains to be a performer and a singer. Nevertheless, it’s quite a fun fact that we get to hear one of Japan’s legendary performers bring life to the upcoming character from one of the biggest games in the world right now.

The voice of Arataki Itto for the English version will be Max Mittelman, also known for his roles as Saitama from One Punch Man: A Hero Nobody Knows, Troy Calypso from Borderlands 3, and Ryuji Sakamoto from Persona 5 Royal. 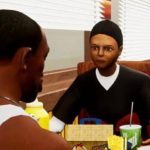 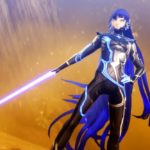