Creative director Nate Fox had an interview with Brazilian site Voxel and as translated by Gaming Bolt, there were some choice statements that gives us an idea on how expansive the game really is.

Fox was asked a simple question – how long would the game take? The answer, quite intriguing, as it implies that it would take quite a while because of all the exploring that could happen.

“It is a difficult question to answer, because the world is a large space with several isolated side stories,” “We did several tests with people playing about 6 and a half hours a day and the results were very different. Many did not finish the main story because they were busy exploring other aspects of the game.”

When asked whether 40-50 hours was a good estimate, Fox answered with certainty, “Yes, absolutely”. Fox also encourages players to explore and “get off the main route and get lost on the island of Tsushima, since there is a lot to discover there.”

Does a 50 hour game fill your fancy? Would you have wanted it to be longer or is the length just right?

Ghost of Tsushima is scheduled for July 17 exclusively for the PlayStation 4. 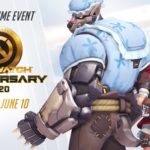 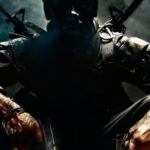