Arc System Works have revealed that Guilty Gear Strive will be receiving its first DLC character on July 27 and it will be Goldlewis Dickinson (what a name).

Also known as “The Secretary of Absolute Defense”, Goldlewis Dickinson is hulking character with unparalleled strength, brings a coffin to the fight that can form into a gatling gun, and even has an eye laser for good measure.

Check out the outrageous new trailer below:

2 more additional characters are planned for 2021, with the next one aiming for an August 2021 release. To round out the Season Pass 1 roadmap, 2 more characters will see action in 2022, along with new levels and something called “Another Story”.

Guilty Gear Strive is now available for the PS4, PS5, and PC. 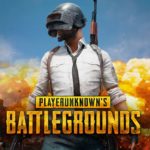 PUBG (yes, that PUBG) is getting an animated project from Adi Shankar