Guilty Gear Strive is the latest installment in the long-running series, featuring new characters and mechanics that will make fans eager to dive in again. One thing that returns in this release is the rocking soundtrack that Guilty Gear has been known for, which is almost a running joke that the game is literally a front for Daisuke Ishiwatari’s albums.

You can now bask in the greatness as Arc System Works has announced that the Guilty Gear Strive soundtrack is now available on Spotify and other streaming platforms, filling your need for tunes that will leave you headbanging your way throughout the day.

This release, titled Volume 1, contains 19 tracks including the main theme “Smell of the Game” and other character themes like “The Roar of the Spark” (Ky Kiske’s theme) and “Trigger (Giovanna’s theme).

Other character themes, especially from the DLC’s, will be added at a later time and date. 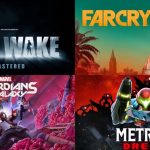 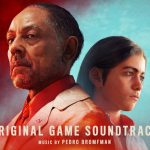