miHoYo has announced the brand new strategy RPG entitled Honkai Star Rail, which is set to release for PC and mobile devices.

No release date was specified but its first closed beta test for limited participants will take place for PC and iOS players. Signups are now open on the official website, so head on over if you’re interested in the game.

PC and iOS system requirements are as follows:

Will you be trying out the latest from miHoYo? 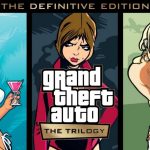