Kena: Bridge of Spirits is out today (yay!) and if you’re like me who loves collecting physical editions of games, you’ll be glad to know that the once digital-only title will now be receiving a physical copy which will launch in November.

Maximum Games, who also released the lovely Cris Tales Collector’s Edition, announced that the Physical Deluxe Edition of Kena: Bridge of Spirits will be offering pre-orders soon and will include the base game, all of the digital deluxe edition content, and a retail exclusive sticker sheet.

COO of Ember Lab Josh Grier shared the news, saying that “Our community was extremely vocal about their desire for a physical edition from the moment we first announced the game. It’s an honor to create a game people want to add to their collections, and we’re thrilled to be partnering with Maximum Games to make that happen so quickly after the initial launch.”

Accomplanying its launch, Ember Lab also revealed that the game will have a photo mode which players can sink their teeth into, capturing Kena and a lot of the characters in the game in all sorts of goofy poses along with a dedicated “Cheese” button for when you need everyone to just pop a smile.

Kena: Bridge of Spirits is now available for the PS4, PS5, and PC. 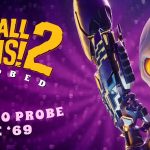 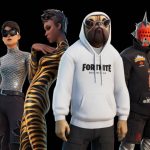