Kojima Productions has announced that they will be expanding and creating a new division that will concentrate on TV, Film, and Music.

A report by GamesIndustry.biz mentions that the new business division will be located in California and will be led by Riley Russel, a 28-year veteran of Sony Interactive Entertainment who has held such positions as Chief Legal Officer and VP of Business Affairs.

This new division will be “tasked with working with creative and talented professionals in television, music, and film, as well as the more familiar games industry,” shares Russell.

“The team has as its charter, the goal of expanding the reach and awareness of the properties now under development at Kojima Productions, and to make them even more a part of our popular culture. Although we are a global organization, the new business development team will be centred in Los Angeles, CA. We are truly excited and looking forward to working with the very best entertainment talent we can, across all of the entertainment industries.”

It would be interesting to see whether or not this will affect Kojima’s ongoing projects, or how this will expand his previous game titles into a different medium. 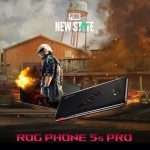 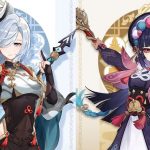