One of the first games to be announced to accompany the PS5 back in 2020, Little Devil Inside finally gets featured during the recently concluded State of Play Livestream.

This action-adventure RPG follows the adventures of Billy, a young adventurer tasked by Professor Vincent to find an obscure artifact. His journey takes him on a sweeping adventure that, sadly, still has no release date.

In this in-depth look at the gameplay, which is the first time we’re getting a look, we follow Billy as he traverses the world map and engages in some combat. In the world map, Billy will take part in the many quests bequeathed upon him by Professor Vincent where he will scour the map to run errands and maybe bump into the artifact that’s tasked of him.

There are several ways to traverse Little Devil Inside‘s map, either by foot or by automobile as he runs into some encounters that can be resolved by choices or combat. In the combat shown in the video, Billy engages some enemies using his sword and he can take them on at once or use defensive maneuvers to fend off his assailants.

The gameplay looks to be pretty interesting from what we’ve seen and we hope to see more of Little Devil Inside soon. 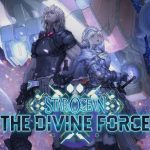 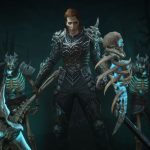