Marvel’s Guardians of the Galaxy is a rocking good time featuring Star-Lord, Gamora, Rocket, Groot, and Drax in an all-new original storyline that is sure to provide players with hours of fun.

In this 15-20 hour adventure, you’ll be touring the galaxy, fighting off an evil threat that is hell-bent on taking over. Not all is bright and sunny for the Guardians of the Galaxy, and you’ll be needing all the help you can get.

With these Guardians of the Galaxy beginner’s tips, you’re sure to breeze through the game and be the superheroes you’re destined to be.

Have the Guardians of the Galaxy got it? Probably.

Get familiarized with the Rapid Reload timing

During a certain point in Guardians of the Galaxy, you’ll be introduced to Rapid Reload, which will let you continue firing your blasters without needing to wait. There’s a certain timing to it, and especially if you’re playing on a PS5, the adaptive triggers will need some extra effort to press R2 all the way.

Learn the timing so you don’t get caught with your blasters down!

Since Guardians of the Galaxy is a linear game, there’s only really one path to take if you want to advance the story. The problem with this is that you’ll be missing out on resources needed to upgrade perks and abilities in the game, which can only be found by picking up resources while exploring.

Always check for side paths and spaces you can crawl into because it may lead to additional resources and even outfits for your guardian.

A sure-fire way to know if you’re headed in the right direction (aka the path that will move the story forward) is to see where the other Guardians are headed. If you’re at a fork in the road and they go left, you should go right to explore the area for valuable pick-ups.

Choose which Perks and Abilities to upgrade

Because Guardians of the Galaxy is a linear affair, there will be no way to grind for resources and in turn, no way to upgrade your perks and abilities to the max early in the game. That being said, you’ll need to plan ahead and figure out which ones you’ll want to upgrade to make the most of what you have.

To help you out, here’s a list of the best Perks and Abilities that you’ll want to upgrade right away.

Pay attention to the weakness of certain enemies

Beside the enemy HP bar, there are certain icons that will indicate what these enemies are weak against. Apart from the abilities of the other Guardians, Star-Lord will unlock elemental bullets later in the game, which can be used against the enemies to take them down. Choose the right element for the enemy you are up against and dish out the pain.

If there’s one ability that you’ll want to upgrade right away, make it Rocket’s Gravistack Grenade. This ability will suck in enemies and keep them clumped up together, making them easy targets for your next combo. Whether it is Drax’s Katathian Charge or Star-Lord’s Eye of the Hurricane, you’re assured of maximum effectiveness everytime.

Use your Huddles only when in a pinch

As you engage in battle, you’ll be filling up a gauge that will allow you to activate the “Huddle”, which revives any fallen Guardian and also buffs the team up. Because you cannot grind out battles, Huddles will technically be a limited resource, meaning you should choose the right time to use it. You wouldn’t want to waste it on a bunch of fodder, right?

If you’re up against a big enemy or if you’re having a hard time against a certain encounter, make sure to only use the Huddle when you really need it because it could save you from dying!

If low on health, defeat enemies with melee attacks

Beating enemies will award you with health pickups that will replenish your HP, allowing you to continue the fight. If you’re in a pinch, you can choose to beat them with melee attacks to score more health, and even more if you have the Super Quill Punch perk. The only drawback here is that you’ll need to get close to them, so that may put you in danger of taking more damage.

Some enemies will be harder to take down than the normal grunts, and during the fight, you’ll notice button pop-ups that will trigger a call to action attack, dealing damage and disrupting their actions, allowing you to inflict even more damage. Watch out for these prompts to dispose of the threats asap!

Marvel’s Guardians of the Galaxy is now available for the PS4, PS5, Xbox One, Xbox Series, Switch, and PC. 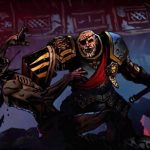 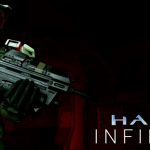