Ever wonder what it would be like to run your own shop inside a game, filled with crafting items for would-be heroes and townspeople alike? It’s neither Moonlighter nor the Atelier series, but an upcoming game from Big Village Games called Merek’s Market due out later this year.

Featuring an aesthetic closer to claymation films like Wallace and Gromit, Merek’s Market plays just as advertised. If you enjoyed the shopkeeping aspect of Moonlighter and the high stakes co-op cooking mechanic of Overcooked, Merek’s Market would be right up your alley.

You play as Merek, a humble shopkeep running a business in his hamlet somewhere in Europe. One day, your friend Tess comes by and gifts you with some magical blueprints to come up with better items. From a pot and rod shop to a legit enterprise, you then expand your business, crafting made-to-order weapons and armor to a full-on medieval department store able to fit your customers’ needs.

We’ve had the pleasure of receiving an advanced copy of Merek’s Market, and from what we’ve played for the last 12 hours, it’s a nifty game you can play by yourself or on couch co-op. Don’t let the simplistic graphics fool you, it’s actually really fun!

Your Medieval One Stop Shop

Merek’s Market is a crafting/shop simulator where you craft items made to order for your incoming customers. Every level will be judged depending on the theme of the level. Most of the time, it is a timed challenge where you craft items, deliver them to the customer, and charge them. The fewer mistakes you commit, the higher your multiplier gets to increase your score. When the shop closes at the end of the level, your ranking would depend on your performance with bronze, silver, and gold.

Crafting items involve a recipe from the magical blueprints, your workbench, and the fireplace. An item can easily be crafted such as a rod or belt and it progresses to more complex recipes that involve smelting iron or creating the base for glass. They’re also easy to memorize, but you have the option to have the recipe on display.

As you progress, you’ll receive more customers, and the demand will be higher. Having a smooth workflow will improve your performance and overall score.

At the checkout counter, you can process their purchase by following button prompts. Getting them correct earns you a tip and increases your multiplier. Getting it wrong decreases your bonuses incrementally. While it’s quite easy at first with a few customers, when they start to stack, you could get easily overwhelmed.

There are also customers who are searching for specific items that require a bit of haggling. You can set the price, and the customer would tell you their expectation. Overcharging a little isn’t too bad, but when the price is too high, it affects the tip and multiplier ratio. So get it right the first time to maximum benefits.

Moving Up In The World

Every ten rounds, you will have to face a “boss” where you will be crafting a specialized, multi-tiered item to complete. The timer will then be set the opposite way where you have to build it as fast as possible. Customers will still be coming in – after all, you’re running a business. Catering to their needs grants you a time bonus that allows you to extra seconds to fulfill the mini-game button prompts to complete their challenges. It can be quite kooky.

After a boss battle, your shop will have received an upgrade allowing you more specialized workbenches such as the blacksmith’s anvil and more fireplaces. These upgrades also mean Merek’s Market will receive a more demanding clientele. They won’t be as patient as before, having them walk out when you don’t cater to them at a specified time, plus the tips and multipliers dwindle faster. Customers who haggle also bring about really unreasonable jokers who will ask impossible items forcing you to turn them away at the cost of your multiplier.

This doesn’t mean you won’t receive any help. As you progress, you’ll receive running shoes that allow you to sprint to different areas of the workshops quickly and efficiently. Servicing a fortune teller will grant you foresight to know what items need crafting in the foreseeable future, allowing you to prep raw materials. The cool part is that is that you can prepare as many items as possible without being penalized for overuse. Ah, a great time in the past when resources were abundant.

Why play by yourself, when you can play up to 4 players on couch co-op? The mechanics work quite as well like the campaign mode, but you hit the ground running starting with rounds 11-20 instead of the prolonged tutorial mode in the first 10 rounds. Just like Overcooked, you and your friends can take turns prepping certain crafting materials. With even more friends, maybe some can manage the cash register. It’s like you’re running your own retail store!

As you get further ahead in the co-op at Merek’s Market, the challenges also increase as certain areas of the shop become inaccessible to certain players. Some players could be stuck doing workbench and cash register duty, while others will be left working the smelter. Materials can be passed along by throwing or using the moving platforms for an extra added adrenaline rush.

Likewise, if you’re into the tongue-in-cheek humor they have with the game, it is full of puns and wholesome gags. Some customers really do lay it on thick and while Merek himself is just full of acerbic wit, but he can reel back the puns a bit. If you’re into this type of wholesome fun, Merek’s Market could be something that you can get into by yourself or with friends.

*Merek’s Market has been previewed on an Xbox Series X with a preview code provided by the publisher. 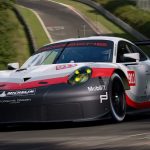 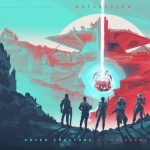