After the hugely successful Metroid Dread, developers MercurySteam aren’t the ones to rest on their laurels as they’re already working on a new game.

An announcement made on their website posts information about a partnership between them and Digital Bros / 505 Games to create a new multiplatform game. Codenamed “Project Iron”, the game will be a “third-person action RPG set in a dark fantasy world” with an initial development cost investment of 27 Million Euros.

Raffi and Rami Galante, co-CEOs of Digital Bros Group, shares that “We are thrilled to work with the team at MercurySteam, a proven studio that over the years has created numerous phenomenal IPs – including the recent hit release Metroid Dread in partnership with Nintendo. With MercurySteam’s creative vision and talent and 505 Games extensive experience, gamers can expect a high-quality, captivating, and engaging videogame.”

Given the very positive response to Metroid Dread, even seeing it as a Game of the Year nominee, it would be interesting to see how this next project unfolds especially given a big-budget along with a multiplatform release. 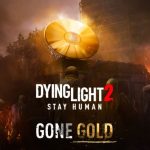 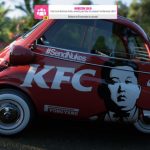 Forza Horizon 5 Player Gets Slapped With An 8000-Year Ban