Being tagged as a “spin-off” has not fazed Spider-Man: Miles Morales, as recent sales figures show that despite launching just back in November, it has already outsold the highly controversial The Last of Us Part II and the generally loved Ghost of Tsushima in the US over the last 12 months.

It would be fair to point out that Miles Morales launched on both the PS4 and PS5, but the numbers show that it is the fifth best-selling game of NPD March 2021 overall and 2nd when in terms of PS5 and PS4 software, with Ghost of Tsushima being in 8th place.

This feat is more impressive when you compare it further against the other titles on the list like Animal Crossing: New Horizons and Mario Kart 8, which are constant best-sellers for the Switch. While it would be quite misleading because some of these titles have already been out in the market for quite a while now, it doesn’t invalidate how strong Miles Morales has been for both Insomniac and PlayStation since its launch back in November.

So whatever side of the debate you’re in, superheroes still hold a respected place in many gamers’ hearts over medieval Japan and depressing survival horror games with a dash of golf in it. Our review called Spiderman Miles Morales, “a heroic experience”, so it’s not a bad bet after all, and this certainly makes a good case for a part 2.

Spiderman Miles Morales is out exclusively for the PS5 and PS4. 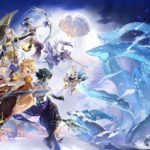 PlayStation 5 is the fastest selling console in US history