After recent reports of Netflix looking to add games in its platform, the streaming service has since confirmed the report through a Shareholder Letter, saying that it will indeed expand into the gaming space.

As can be seen on page 4 of the letter, a statement shows that Netflix is in the “early stages of further expanding into games”, which will build on their previous interactive outings similar to Black Mirror Bandersnatch. The letter further states that these games will come folded into the subscription at no additional cost, which should be great news for existing subscribers, although the initial push will concentrate first on mobile games.

“We view gaming as another new content category for us, similar to our expansion into original films, animation and unscripted TV… We’re excited as ever about our movies and TV series offering and we expect a long runway of increasing investment and growth across all of our existing content categories, but since we are nearly a decade into our push into original programming, we think the time is right to learn more about how our members value games.”

Netflix have hired Mike Verdu, formerly Facebook’s VP of bringing content to Oculus, to bolster their efforts to enhance the service with games.

It will be interesting to see how this effort expands – will it offer games from other companies like Sony and Microsoft and Nintendo? Will it have enough offerings to directly compete with something like Game Pass? 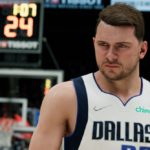 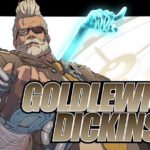