In a recent interview with IGN Japan (Via IGN), Shankar shares that the season 1 scripts are done, saying that “They are rad. I could not be more excited.”

The scripts were done in collaboration with Alex Larsen (Netflix’s Yasuke) and Shankar also shares that the first season will include eight episodes but the Devil May Cry story will be told over multiple seasons, confirming also that fan favorites Vergil and Lady will be making an appearance alongside Dante, of course.

Little is known about the story of the show, but one thing Shankar assures fans is that “Chris Pratt won’t be voicing any of the characters,” obviously referring to Pratt’s recent gigs as the voice of Mario and Garfield in upcoming films.

Shankar also praised Capcom during the whole process, saying that “The entire team both from the management side and the creative side have been so incredibly supportive and gracious. Kobayashi-san has been wonderful, It’s seriously a joy to work with Capcom. Their character library is unlike anything assembled.” 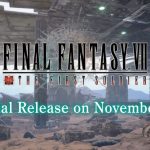 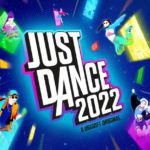