Seems we’ve been hearing about Twisted Metal a lot these days. Earlier this month, Anthony Mackie was confirmed to take on the lead role for the live-action movie, and while all that is well and good, a new Twisted Metal game is also in the mind of a lot of fans, imagining how it would look like with next-gen graphics and gameplay.

A recent report says that fans won’t have to imagine the possibility too much because as it turns out, a new game is in the works from Destruction All-Stars devs, Lucid games.

The report comes from VGC, who says that sources have told them that the game has started “early development” and that plans suggested the revival being a free-to-play model similar to how Destruction All-Stars pivoted to a PS Plus title.

Lucid Games could indeed be a good fit, given their experience in the genre, so this could be a good match if the report is proven to be true. No release date was given but this new Twisted Metal game is looking to coincide with the TV series in 2023.

Will you play a new Twisted Metal game if and when it does come out? 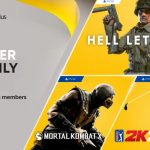 Here are your PS Plus Games for October 2021 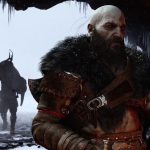 God of War: Ragnarok reason for delay revealed by the voice actor of Kratos