The NieR Re[in]carnation mobile game has been available in Japan since early this year, but on July 28, the game will be available in North America, Europe, and Korea for both iOS and Android devices. Pre-registration is ongoing via the AppStore and Google Play.

The official description of the game reads as follows:

Bringing together an all-star team including creative director YOKO TARO, composer Keiichi Okabe from MONACA and producer Yosuke Saito, the Action Command RPG NieR Re[in]carnation tells the story of a girl who awakens in a mysterious place known as The Cage. Guided by a creature who calls herself Mama, the girl sets off on a journey through The Cage to reclaim what she has lost and to atone for her sins.

The NieR franchise has made a resurgence as of late, especially with the recent release of Nier Replicant ver. 122474487139… to great reviews.

You can also find out more information about the game on its official website. 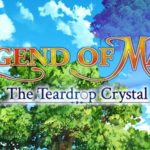 Legend of Mana Anime adaptation is in the works 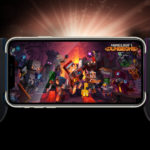