The recently released demo of RE3 turned out really good. So good, in fact, that dataminers did what they do best and have uncovered some very interesting items in the code base. How interesting? How about some references to the Nintendo Switch?

Rely on Horror reports that FluffyQuack, a modder responsible for the Fluffy Manager 500 mod for RE2, uncovered a couple of interesting code blocks that have reference to a Nintendo Switch. One code block references an auto save instance and the other, an eShop instance.

Of course this will lead to a LOT of speculation because WHY IS IT EVEN THERE IN THE FIRST PLACE?

Before we get ahead of ourselves, we’ll have to think of it in a practical sense. RE3 is a massive game with heavy graphical requirements. That said, if a Switch port is even feasible to start with, expect it to be super scaled down, similar to The Witcher 3. It’ll take a feat of engineering genius, but it could probably be done.

It could also go the way of similar titles like RE7 and Assassin’s Creed Odyssey, both being cloud based versions which will now rely mostly on bandwidth over actual hardware power.

We’re not saying that the datamined evidence points to actual upcoming projects, but it would be nice to dream, yeah? Nemesis on the go sounds pretty awesome, to be quite honest! 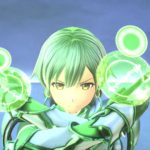 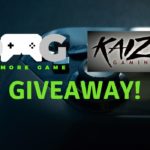 Win a game (or two) by joining our giveaway for a chance to win PSN or Nintendo eShop credits!