Park Beyond lets you build the theme park of your dreams

During the Gamescom Opening Night Live program, Bandai Namco Entertainment Asia has announced Park Beyond, the latest theme park simulation game by Limbic Entertainment, a German-based studio known for titles such as Tropico 6 and Might and Magic Heroes VII.

Park Beyond is scheduled to release for the PS5, Xbox Series, and PC, and will allow the players to create “impossified” rides, which basically means that the rides you create can actually defy the laws of physics, enabling players to go unleash their creativity that expands the genre to consoles while delivering a new type of experience for PC players.

Park Beyond is not just a mindless theme park builder, as it is anchored by a story mode where you’ll get the opportunity to meet a colorful cast of characters that will help you forge your own legend in the park industry.

You can also take a peek at alpha footage, which is looking like a ton of fun, below:

“We are thrilled to announce Park Beyond today together with BANDAI NAMCO Entertainment Europe. It’s our ambition to combine deep management gameplay, a story campaign full of twists and turns, player creativity, and our very own idea of ’impossification’ into a modern game experience,” said Stephan Winter, CEO at Limbic Entertainment. “Designing, creating and building rides and coasters which defy reality is extremely rewarding and our team has tons of fun bringing this vision to life and we can’t wait for players to try it out themselves!”

Park Beyond will be available in 2022 for PlayStation 5, Xbox Series, and PC. 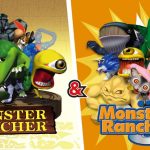 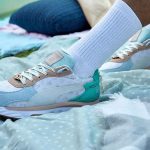