Has it already been 1 year? Happy birthday to the PlayStation 5!

It’s been an eventful year for the PS5, and despite its ups and downs, there’s a lot to celebrate. Among the stellar acquisitions like Housemarque and Bluepoint Games to the fantastic titles like Ratchet & Clank: Rift Apart, Returnal, and Deathloop, the PS5 is certainly showing no signs of slowing down.

In fact, President and CEO of Sony Interactive Entertainment Jim Ryan shared on a PS Blog post that PS Studios has “more than 25 games in development for PS5,” which is quite a huge number when you think about it.

Apart from the titles we know of like Spider-Man 2 and Marvel’s Wolverine, it would be interesting to see what Sony has up their sleeves and how many of these titles still support the PS4.

Ryan goes on to share more stats about the PS5, saying that PS5 gamers have collectively tallied more than 4.6 billion hours of gameplay, all while streaming more than 26 million hours of content. That amount is staggering, and considering that millions of people around the world are still waiting on restocks, it definitely could have been higher.

Based on gameplay hours alone, here are the top ten games played on the PS5:

There are some notable first-party games on the list like Miles Morales and Demon’s Souls, but surprisingly NBA 2K22 is already there despite its recent release just last September.

While the PlayStation 5 has broken records all while suffering from global supply chain problems, it would be crazy to think how much more it would have sold had things been normal.

Nevertheless, there’s a lot more gaming to come as we’ve barely just started with this new console generation and we can’t wait to see more! 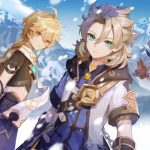 Genshin Impact Goes On A Snowy Adventure In Its Version 2.3 Update 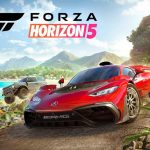