Project L is an upcoming tag-team fighting game from Riot

Riot Games is riding off the Arcane high and has released a lengthy update on Project L, their upcoming fighting game that was initially revealed back in 2019.

While no definite release date was given, not even in the 2021 or 2022 window, Riot has assured fans that they have “landed in a spot that we’re all pretty excited about,” which is an easy to learn but hard to master tag-team style fighting game that lets players control a team composed of some of your favorite champions from League of Legends, currently entitled Project L.

Speaking in a blog post, Senior Director and Executive Producer Tom Cannon shares that their aim is to “build a super high-quality fighting game that the FGC can invest deeply in, playing for years or even decades. That takes time to get right, and we’re not going to rush it.”

Will Project L have Rollback Netcode? Who are the characters?

Cannon also assures players that they’ve looked into implementing rollback netcode as a base foundation, all while adding in technology from LoL and VALORANT.

There’s still a lot to do and add for Project L, but currently, the confirmed list of champions available for use are Ahri, Jinx, Darius, and Ekko, with more surely coming in as a couple of updates are scheduled to be given in 2022.

At the moment, there’s also no news on what platforms the game will appear on, but the PlayStation, Xbox, and PC would be safe bets, maybe even the Nintendo Switch.

Riot Games has been busy with building their universe, even releasing their Ruined King game to the surprise of many, along with a few surprise announcements. 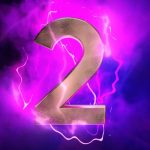 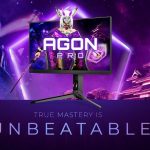 AGON PRO Monitors Are Now Available In The Philippines