A new looter shooter joins the fray as Project Magnum (not the final title) will be the latest contender in the genre that has seen many games rise and fall.

Developed by South Korean-based NAT GAMES, a Nexon subsidiary, Project Magnum looks and feels like a flashier and faster Outriders with highly mobile sequences that kind of reminds me of Vanquish from way back 2010. It also looks to have huge set pieces and areas to do battle in along with towering bosses that look visually amazing.

It remains to be seen how the game will shape up to be, but you can check out the official teaser trailer below:

Where and when will Project Magnum release?

There’s very little to go by in terms of information about the game, but the official description found on the PlayStation Youtube page shows the following:

PROJECT MAGNUM is a PC/console-based game that combines RPG play with third-person shooter combat. It presents beautiful visuals and attractive and unique characters based in a sci-fi style player vs. environment worldview. It also provides exciting battles using various skills, actions, and guns, as well as the fun of highquality PvE shooter battles that target huge bosses.

Project Magnum is also aiming for release in “most major markets worldwide” and more information will be announced at a later date.

How do you feel about this upcoming looter-shooter? 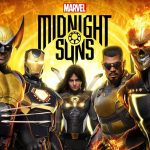 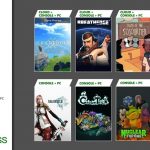