This ongoing quarantine should have been the perfect time to start clearing your gaming backlog because as soon as the next few months come rolling in, you can be sure that its going to remain a backlog until the end of the year due to the nature of some upcoming releases.

One of the things I’m looking forward to during or even after the quarantine, or whatever euphemism your government decides to call it, is that I’m extremely excited to play titles that I consider are lockdown worthy, some long-ass game that you could spend 50-100 hours on before moving on to the next.

I love J-RPGs and RPGs in general, so if you’re anything like me, we’ve probably got a similar list going on. Here are some of the RPG’s I’m looking forward to, starting with…

This remaster/remake 1.5 is something I’m excited for. It is a game that is completely rebuilt from the ground up to look and play almost exactly like the game that came out for the Wii is a remarkable feat despite being overshadowed by bigger triple A titles that have pushed the envelope of what a remake should be. Be that as it may, I missed out on this game on the Wii and having a Switch would allow me to rediscover this game before progressing towards its later iterations. XC2 for the Switch was worth hundreds of hours, hey maybe this will last me the whole duration of the quarantine.

This is one of those games that fall under my “if this game gets delayed by a year, I wouldn’t be surprised” list. In fact, we should have been playing this game right now. Having played the tabletop RPG Cyberpunk 2022 in high school, I can’t wait for what it brings to our screens with CD Projekt Red on the helm.

Plus there was this one bit where Ciri in Witcher 3 narrates to Geralt where she teleported into a magical world where there were “flying carriages” and “a city made of lights”. Was she referencing a cameo in Cyberpunk 2077? CDPR is cheeky that way, so maybe.

If there’s one thing that demos have now and the demos ten years ago, is that you get a good 4-5 hours of playing time. Dragon Quest XI had a whopping 12 hours of game time as you could grind through the first bit while Trials of Mana allowed you to playtest every main character to see what best synergy you could work with when actually going through with the game.

Bravely Default II demo gives you a standalone quest to discover how the gameplay mechanics work plus throw in a couple of superbosses for good measure. That said, the demo has got my JRPG senses tingling.

This game is actually out right now for the PC and surprisingly was a sudden GOTY contender late last year. As someone who prefers the console side of things, and with the promise that it’ll come out ‘soon’, waiting for it suddenly becomes the hardest part. Any game that I can play on-the-go is always an automatic purchase.

The game never really registered for me until it won best narrative in the game awards beating out Control and The Outer Worlds. Oxenfree was another game that I considered for the narrative alone and it gave a psychedelic out of body experience unlike no other. I blame the electronic music.

If you tell me right now that “you don’t get” Yakuza games, I would totally understand. It is an acquired taste. Shenmue was my first foray into these types of games, which is an offshoot of point-and-click adventure games on the PC. The difference between adventure games and Shenmue was that it became a life simulator before the technology allowed us to have it all in Skyrim and even to some extent Persona. Yakuza has evolved throughout the years and even if you are limited in space, the amount of interactivity packed into the game is dense and not as jarring as the radiant missions that we’re exposed to in Bethesda’s roster.

I love Yakuza. Now you give me a JRPG Yakuza game? 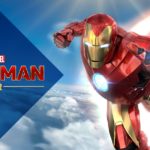 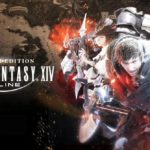