Ragnarok X: Next Generation and ‘That Time I Got Reincarnated as a Slime’ collab event is now live

The updates keep on coming for Ragnarok X: Next Generation and this time, the highly-anticipated collaboration event with the famous anime series “That Time I Got Reincarnated as a Slime” is now live, with all-new quests, outfits, MVPs, mini-bosses, and much more.

This limited-time collab event will run from September 10 until October 10 and players will be able to face the new MVP boss ‘Storm Dragon’ as well as the ‘Orc Disaster’ Mini-Boss in a new event quest. Players will have the chance to earn cards from these two powerful bosses, as well as event coins that can be redeemed for other prizes.

The Ragnarok X collaboration will also feature the ‘Slime Fantasy World’ event, which will allow players to complete a Monopoly-like board game to earn lots of exciting collab items such as headgear and costumes based on the anime show’s characters. Players can earn ‘dice’ to be used in the board game by completing daily quests & event quests and certain spots on the board will also feature one of three awesome mini-games for players to enjoy.

Just last month, Ragnarok X had its Pet System update which allowed players to have pets that follow their owners around, as well as become an active part of each adventurer’s battle strategies. 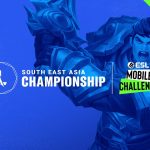 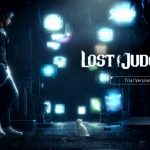