It’s been a while since we last heard about Rainbow Six Extraction, but today Ubisoft has announced that the game will finally release worldwide on January 20, 2022.

Not only that, but the game will also come with a Buddy Pass system, allowing a couple of your friends play for free as long as one person has the full copy of the game. The Buddy Pass will come with full cross-play, cross-save, and cross-progression on Xbox Series X|S, Xbox One, PlayStation 5, PlayStation 4, as well as Windows PC through the Ubisoft Store.

Each edition of Rainbow Six Extraction will unlock two Buddy Pass tokens, allowing players to invite their friends to play with them for free for up to 14 days and any progression their squad members earn will transfer over when they purchase the full game.

All pre-orders will also unlock the Orbital Decay Cosmetic Bundle in Extraction. The Deluxe Edition, which includes everything from the Standard Edition alongside three bonus packs, is also available to pre-order. 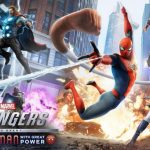 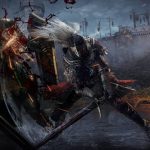 Elden Ring Runs Really Well Even On The Base PS4