The Arcane animated series is currently the hottest thing on Netflix right now and Riot Games SEA is going all out, collaborating with some of the best local artists in the Philippines and Singapore to give away custom-made Arcane toy collectibles.

“The League of Legends champions in Arcane are very close to the hearts of players and fans. To celebrate the release of Arcane, we wanted to bring these characters to life through various tangible mediums and we’re incredibly excited to collaborate exclusively with Southeast Asian artists to capture their take on Arcane on these one-of-a-kind toy collectibles,” said G. Justin Hulog, General Manager of Riot Games for Southeast Asia and Taiwan.

The giveaway will be hosted on Riot Games’ various Southeast Asian Facebook, Instagram, and Twitter accounts, as well as on the various artists’ social channels from 15-26 November 2021. Five winners will receive a custom toy collectible of their choice!

First is Singaporean artist Vincent Ow, a toy designer and product designer, under the alias of VYNC. He is the creator behind the Hidden Worlds Within Of Dualle and the cute little mecha helper named, Vee5.

The toy is his own version of Vi – “one who’s raised in Zaun and powered by Chemtech. The green Chemtech canisters channel energy into her, making her extra agile – ever ready to jump into combat!”

Next is Clifford from Gimmelove Tattoo Studio, who is a rising star in Singapore’s tattoo scene. His designs are unique and modern, whilst still staying true to the bold nature of blackwork tattoos.

His creation is inspired by Jayce – “I drew inspiration from the intricate line art of Hextech, a form of tech magical matter that powers Jayce’s inventions and iconic hammer in Arcane. That blended with tattoo imagery birthed a new magical creation!”

Then we have Raihana Binte Abdul Rahman or Arai Kreva, who is a full-time creative dedicated to
urban arts and illustration; whose works can be found in various social media handle and picture books drawing colourful and cheerful illustrations.

Her creation is for Caitlyn – “the smart, badass sheriff of Piltover. I merged the rich art of Arcane with my favourite Arctic Warfare skin to create my take on her – a rugged peacekeeper who’s ready to roll, even in the blistering cold!”

Next we have Sheena Aw, a video editor/motion graphic designer by day and a candyland superhero by night. She’s an adventurer, a dreamer, and a monster creator.
Her creation is Jinx – “a troublemaker who leaves a trail of chaos everywhere she goes; who in my version, had just rampaged a candy store.”

Lastly, we have Carlo Rodrigo Cacho, or Wetworks. He is a Singapore-based artist and toy designer known for his edgy stylised sculptures and kawaii characters. He is the creator of Foxy and Xin — two mischievous characters inspired by his beloved sheltie.

His creation pays homage to Vi – “Undercity’s resident badass! A bold character who punches through her demons and whoever stands in her way.”

Which one is your favorite? All of the toys look equally amazing! 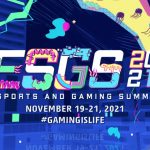 PlayStation Will Host A Special NBA 2K22 Segment In ESGS 2021