After a long while, Shin Megami Tensei V was finally released back in November 2021 to rave reviews from players and critics alike. The series, known for its darker themes compared to Persona, seemed poised for a great year, which very much reflected in its sales numbers.

As reported by Persona Central, Famitsu has shown a number of New Year messages from various Japanese gaming companies, with one of them being from Atlus. In the message, the company wishes everyone a Happy New Year and reports that since its worldwide release last November 2021, Shin Megami Tensei V has already sold over 800K copies. Compared to SMT IV for the 3DS, which sold over 650K units throughout its life span, Shin Megami Tensei V is well on track to hit a million copies soon.

Here is the translated message from Atlus:

Happy New Year! In November 2021, “Shin Megami Tensei V” was simultaneously worldwide, and it got off to a good start, selling over 800k copies in total. Thank you very much for your support. 2022 will start with the remastered version of P4U2 (Persona 4 Arena Ultimax) in March and the release of 13 Sentinels: Aegis Rim for the Nintendo Switch in April.

We are also preparing a surprise new title that has not yet been announced. Also, the 25th anniversary of “Persona,” which started last year, will enter a new phase. Please look forward to it!

As part of the message, teases a brand new title that has not been announced yet and urges everyone to look forward to more Persona-related announcements in celebration of its 25th anniversary.

Atlus will be starting 2022 with a strong lineup, featuring Persona 4 Arena Ultimax in March and a Nintendo Switch version of 13 Sentinels: Aegis Rim in April. 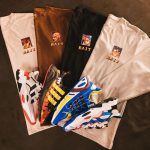 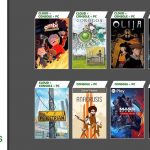