No, your eyes do not deceive you. Ubisoft has finally announced that a Splinter Cell Remake is in the works over at Ubisoft Toronto, confirming rumors and reports from a few months back.

In a post on the Ubisoft site, the remake is being rebuilt from the ground up using the Snowdrop Engine, which powers the upcoming Avatar: Frontiers of Pandora and Star Wars games.

The upcoming remake is still in the “earliest stages of development” so don’t expect this to come out anytime soon, but the development team is making sure that “the spirit of the early games remains intact, in all of the ways that gave early Splinter Cell its identity.”

Ubisoft also mentioned that the Splinter Cell Remake will be linear like the original games and not open-world.

Ubisoft Toronto is now hiring up for the project and we’re hoping to hear more about the project as next year comes rushing in but for now, we can take comfort in the fact that Sam Fisher is finally coming back. 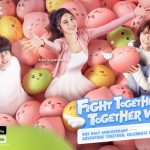 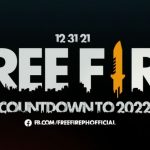 Garena Free Fire Is Ringing In 2022 With A Bang