Squid Game is quite possibly the hottest show on Netflix (and around the world) right now and with its increasing popularity by the day, it was just a matter of time that the show invaded some of our beloved games.

One such game that can give the show such a platform is Animal Crossing: New Horizons, which we’ve seen before with some great collabs with KFC and Uniqlo. The community has gone to work, and the results are phenomenal.

Of course, it goes without saying that if you haven’t seen the show, this post contains spoilers, so please don’t proceed any further.

Check them all out below!

First off, as spotted by Nintendo Soup, player Stitchwu posted these images on Imgur, showing some tension-filled moments in the show, as evidenced by the faces and actions of the characters. You get to see some of the games such as Red Light Green Light, the Honeycomb game in the Playground, and even the Glass Bridge game with almost stunning accuracy.

Some of the contestants featured are the protagonist Gi-Hun, Sang-Woo, the guards, and a special appearance from the creepy doll.

Over at Reddit, u/Dingogou has also recreated the subway slapping scene in Squid Game, complete with red and blue envelopes!

Of course, it wouldn’t be complete without some creator codes, so here’s one courtesy of @isleofmichelle on Twitter.

Which ones are your favorite Squid Game recreations on Animal Crossing: New Horizons? Let us know! 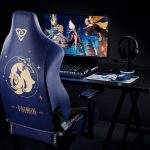 miHoYo partners with Razer for some sweet Genshin Impact-themed peripherals 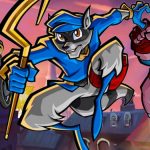 Sly Cooper rumored to be making a return