If you’ve been waiting to try out the demo of the recently announced Stranger of Paradise: Final Fantasy Origin but couldn’t because it resulted in a corrupted data error message, you’ll be glad to know that the issue has now been fixed and you can now proceed to find and kill Chaos. Or maybe not yet. You get it.

The update comes from the Stranger of Paradise Twitter Account, saying that a new 1.03 patch will fix the issues and the trial version is now available to play. If you’ve already downloaded it prior to today, you just need to update it to gain access.

The demo will be available until June 24, or maybe Square will decide to extend it due to the mishap.

Stranger of Paradise: Final Fantasy Origin is set to release on the PS4, PS5, Xbox One, Xbox Series, and PC in 2022. 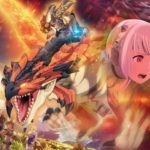 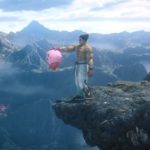 Kazuya is your next Super Smash Bros. Ultimate Fighter