Tales of Arise – Tips and Things you need to know

After 5 years, the series makes a triumphant return with Tales of Arise, the latest entry in the long-running franchise. Our review of Tales of Arise calls it a solid outing that we can’t recommend enough and is surely a must-play for fans and newcomers.

Tales of Arise features quite a number of mechanics that may seem daunting at first glance, but we’re here to help you out with a guide that will help you conquer the many challenges of the game.

Without further ado, here are some tips and tricks that you should know as you play Tales of Arise!

Tips and Things you need to know

Those playing Tales of Arise on the latest consoles will get a choice between choosing to prioritize frame rate over graphics. For the love of God, please choose frame rate for silky-smooth gameplay.

Choosing graphics will result in sharper images but takes a massive hit to frame rates, which we don’t recommend at all especially for a game that relies on fast-paced combat.

The game will be so much better and you’ll thank yourself for using it.

You may or may not need to, but I personally found the default button configuration for Tales of Arise a bit weird. Some actions were placed in awkward positions which I personally didn’t like.

This is purely a preference thing of course, but check out the settings first and try to experiment with different controls before you dive into the game since combat is something you’ll need to be proficient with.

The way I set up my controls was with the following configuration:

As you play Tales of Arise, you’ll open up the Skill Panel menu, and inside, you’ll see a lot of different titles that hold various skills.

Some of these will open up naturally as you progress through the game but if you want to make some serious headway into getting more skills early in the game, check out the conditions needed to unlock more titles, leading to more skills and stronger party members.

If you acquire all 5 skills for a title, you’ll get an added bonus that will make you even stronger.

The Artes Gauge in Tales of Arise, or AG, is the gauge that determines how many Artes you can cast in battle before waiting to recharge. The higher your AG gauge, the more Artes you can cast. It’s pretty simple logic.

Some skills will consume more of your AG than others, so having more AG is always a good idea.

The same importance should be given to KO prevention, as it is a skill that will let you survive in battle without having to resurrect your teammate because CP and restorative items are very important.

Whenever you get the chance, focus first on AG-related and KO prevention skills over the others which directly helps you out during battles.

When exploring dungeons, chances are that you’re going to go face to face with enemies that are of a higher level than you. There’s usually a restorative “fountain” right before the boss battle, but it’s very likely that you’ll have used a lot of items on the way.

Some of the most important items in the game are some of the most basic – Orange Gels and Life Bottles. Life bottles basically the Phoenix Downs of Tales of Arise, and will resurrect a fallen teammate, saving the need to cast a Resurrection spell.

Orange Gels (or any gel that restores CP) are equally as important, because everytime you cast healing spells, you use CP, which is shared across the whole team. There is no other way to restore CP unless you go back to town to rest at an inn or use Orange Gels, so always keep some in hand especially for long boss battles.

Battle Chain Bonuses in Tales of Arise is basically stringing together a number of fights that will increase your reward multiplier, resulting in more exp gained and thus, leveling up faster. While this is not required to progress through the game, you’ll need to take advantage of battle chain bonuses to make your life easier.

There’s also an item in the game called a “Happy Drink”, which instantly increases your battle chain gauge by a few levels, so you can also use this as an alternative.

Low on Gald and SP? Do side-quests

In some games, side-quests are usually ignored because they don’t offer anything worthwhile apart from a few items here and there. Tales of Arise flips the script and in a way, forces you to do these side-quests for a couple of reasons.

You actually do not gain Gald (money) during fights with monsters, so you can expect that at some point, you’re going to be selling much more than the kitchen sink to purchase that new weapon you’ve been eyeing. Sidequests offer a decent amount of money that will help you out on this front so you can purchase as many Orange Gels as you want.

Sidequests also offer SP, which is needed to purchase skills. While SP can be gained from combat, there’s not a lot to go around so when you need a quick injection of SP, do a sidequest.

Some sidequests also open up some of the more powerful items and artifacts later in the game, so again, do the sidequests!

In Tales of Arise , cooking requires ingredients gathered around the world to make dishes that will increase your chances of survival. Cooking will provide various buffs for the party, whether it be more exp after fights or increased attack, every little bit helps so cook away.

Certain meals will be a “Favorite Meal” by one of your party members and if you choose them to cook the meal for you, certain bonus effects will occur like the food effect lasting longer or being more effective.

Some of the more advanced recipes will require ingredients from Fishing, another side activity in the game.

Cooking can be accessed anytime you rest at a campfire or an inn.

Take time to work on your Strategy settings

If you’re familiar with the Gambit system from Final Fantasy XII, Strategy in Tales of Arise works the same way. You can apply certain conditions to your party to make them perform a certain way during battle. There are a number of presets, but you can choose to tweak every setting down to the last condition to make your party a well-oiled machine during battle.

Learn to limit your usable Artes

Certain enemies have elemental weaknesses and with a bunch of spells to choose from, sometimes there’s just that one spell you need to spam over and over again to come out on top.

In Tales of Arise, you can choose to disable specific Artes to prevent your party members from using them during battle, keeping your options low and maximizing efficiency by dealing damage that the enemy has a weakness for.

Disabling Artes is also a good way to pump up the proficiency of a chosen skill so learn to tweak this constantly depending on the situation.

Often times you will see an enemy have a purple gauge around them, signifying they are about to cast a spell. You can either take the damage or use Rinwell’s boost attack to interrupt casting, staggering them in the process.

Enemies in Tales of Arise have certain conditions tied to them and you’ll need to know which boost attacks are effective against which enemy. Kisara can stagger enemies that have charge attacks, Shionne can usually stagger flying enemies, and so on.

Alphen’s boost attack can stagger almost any enemy, even bosses, so learning how to effectively time the boost attacks of each party member is of great importance.

Boost attacks can be accessed by pressing the corresponding D-pad button assigned to a character.

Learn to switch targets during fights

As a follow-up to using boost attacks, some enemies will have more than one target spot in Tales of Arise. This usually signifies that the enemy has a weak point you can break, resulting in a “core break” that will inflict damage and stagger them, giving you another opportunity to bring the pain.

Weak points usually look like colored “gems” or rocks that you can target and you should try to lock on to these when you have the chance.

You can change targets by holding L1 on your controller.

Take every advantage you can get during battles!

Learn to do Perfect Evasions well

Characters in Tales of Arise have Mystic Artes, which are super powerful attacks that can only be triggered if you are in “Over Limit”. The only way to get to Over Limit is by either taking damage (not good) or by performing perfect evasions, which is basically dodging out of an enemy attack in the last second. You’ll know you did it properly if the game suddenly slows down for a bit.

When in Over Limit, you can continuously cast Artes without using AG along with triggering Mystic Artes by holding down any two of your Artes buttons before Over Limit runs out. There are also some skills you can purchase that will lengthen your Over Limit duration.

Dodging is pretty overpowered here, so learn to take advantage of it as much as you can.

If you’re not sure where that sidequest is because you forgot all about it, going back to the map list will point you to places where there are available sidequests as indicated by a closed envelope.

The map list also shows all areas you’ve visited and shows which ones have fast travel points, making it easy for you to transfer locations without having to remember every location.

The Map List can be accessed by pressing Square to check out the map and then pressing Triangle.

If you’re tired of seeing Alphen running around for 50 hours in Tales of Arise, then you may want a change in scenery by changing your controlled character both on the field and during battle.

Upon entering the menu screen (pressing the touchpad), the party member that has a flag icon beside it is the party member that you will see while traveling around the world. You won’t see the whole party forming a train behind you, so in this case, you can choose who you want to control while exploring.

On a deeper menu that lets you choose which party members to bring during battles (press R1 on the menu screen), the party member with a flag icon will be the character you control when fighting enemies. You can also choose to switch up between Auto and Manual battle modes on this screen.

It can get quite confusing at first, so knowing which menu does what will surely help you out.

Claim your DLC if you have the Ultimate Edition

Apart from fabulous cosmetic items (they look REALLY GOOD), the ultimate edition of Tales of Arise contains some items that are too good to pass up. What’s even better is that it also gives you a hefty amount of Gald and SP to kickstart your journey. This will definitely save you from grinding for resources in the early game, so spend wisely.

You also paid for it, so why not use it? You can claim your DLC via the settings menu by clicking on the “Unclaimed DLC” button. 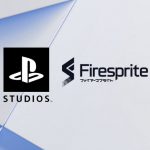 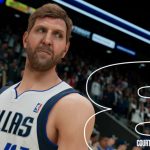