Itching to jump back in The Ascent? Curve Games and Neon Giant has launched its first bit of paid content in the form of the CyberSec DLC pack. With two new weapons, a new tactical, four new pieces of armor, and four new animated weapon skins from CyberSec Mega – the largest mil-tech manufacturer and main supplier of CorpSec – time to go back to Veles and make some noise!

Also going live today is the free patch #5, which introduces the Transmog feature where you can match the visual style of your Indent by paying a small fee. Now you can bring your fully modded gear without worrying about mismatching with the rest of your cosmetics.

If you think that’s all, there’s more! According to Co-founder and Creative Director of Neon Giant, Tor Frick promises “great new content planned over the next few months, which we recently outlined in our post-launch Roadmap. We’ll be introducing features such as NewGame+, new VO lines for side missions, a free Winter Pack in December and a paid update to the Chongqing Pack and a brand new Cyber-Warrior paid pack early next year.”

That’s a lot of new content arriving for the game as a way to thank its loyal fanbase. For a more detailed look at what’s coming for The Ascent, you can view the post-launch roadmap below.

Our review says that “The Ascent is not perfect, but it is fun as hell. The frenetic gunplay is only supported by its engaging aesthetic.” With the new content coming, it builds on what’s established and hopefully will add to the dynamic experience.

The Ascent is now available on Xbox Series, Xbox One, PC, and Xbox Game Pass. 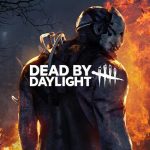 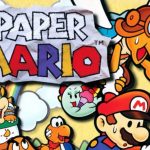