Just in time for Halloween, I have had the pleasure of experiencing the latest from Supermassive’s The Dark Pictures Anthology, House of Ashes. In this hour and a half build of the game that takes us from the prologue to the end of the first act, I was treated to jump scares, an intriguing plot, and an introduction to our five main characters that overall, looked to be a promising entry into the series.

House of Ashes starts during the Sumerian Dynasty when its mad king is sacrificing prisoners to appease their gods. As an invading army continues their siege on the empire, the king orders his general, Balathu, to prepare for battle. As an eclipse descends upon their city, an ancient evil emerges from the shadows to feed, and now, friend and foe are united to fend off this new enemy.

As seen from previous iterations of the anthology, the gameplay loop largely features dialogue choices to steer the game forward, all while improving the relationships between the characters in the game. It has become a trademark of the series, harkening back to the likes of Until Dawn, where your actions will always have consequences, and your decisions will affect how the story plays out in a significant way.

Quicktime events make up most of the action here and House of Ashes employs some formulas that are seen from the previous games in the anthology. When trying to shoot a target, you’ll be able to enter a “shooting screen” where you can use your ranged weapon. While in stealth, you can regulate your breathing in a rhythm mini-game to hide from danger. They’re not radical changes, but the context where they are used are nice tweaks to the age-old formula.

After the short introduction, we then fast forward to 2003 where a squad of Marines is deployed to search for a silo containing Saddam Hussein’s Weapons of Mass Destruction. This is where the bulk of the game will play out and despite the use of some corny cliche military dialogue, House of Ashes does a good job of introducing the main cast of the game – The commanding officer Eric, CIA intelligence officer Rachel, Marine specialists in Jason and Nick, along with Salim, an Iraqi soldier that’s caught in a bad situation during his son’s birthday.

These characters are decently voiced and play their roles well, immediately immersing us in the setting. Personally, it did take me a while to warm up to them, and I’d say that they aren’t immediately as likable as I would have wanted them to be. You’ll get a peek at some tense moments, but similar to Man of Medan and Little Hope before it, House of Ashes really leans hard into the many jump scares that litter throughout the first few chapters. The monsters are teased quite frequently, but the developers take extra care not to show too much that they’ve taken away the mystique of the horror behind these creatures.

House of Ashes also sees the return of Premonitions, which are an integral device to the storytelling of the game. Explore enough areas and you’re rewarded with these secrets and premonitions, warning you on what’s to come.

Without spoiling it, I was able to find a premonition that ironically warns you against going with your gut. Unless you’re a total cynic, you’d probably choose that trap that the story has laid out if you were not warned by this particular premonition during the playthrough. So keep your eyes open for these premonitions as they can save some of your characters.

I’m not sure if it was just me, but the game was unnaturally dark. It kind of makes sense given that we are exploring an ancient ruin, but there are other ways to convey a creepy and scary tone other than cheap tricks like turning the brightness to almost zero.

While we can only provide a brief look at the game, I’m looking forward to how House of Ashes plays out. It’s tough to comment on the story since we’re only allowed until a certain part but it does seem interesting enough to see it through. If the previous installment, A Little Hope, was anything to go by, then expect a rather good storyline with enough twists to keep it interesting until the end.

At the moment, House of Ashes eschews the creepy imagery that Until Dawn and previous entries in the anthology has established for a more “action-horror” type of feel that’s seen in films like Aliens, where the characters are pitted against an unknown horror. Maybe some of the characters will die due to my wrong choices, but that’s just part of the fun.

*House of Ashes was previewed on a PS5 with a preview code provided by the publisher. 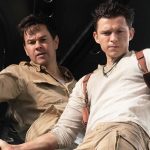 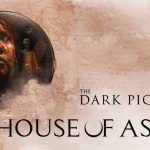