First released only in Japan back in 2015, The Great Ace Attorney Chronicles finally makes its triumphant debut in the West as the game is now available for the PlayStation 4, Nintendo Switch, and PC worldwide. Locally, stores like Datablitz and GameOnePH have already posted availability, so you can check out their online sites for stocks.

Set in the late 19th century during Japan’s Meiji Period and Britain’s Victorian era, The Great Ace Attorney Chronicles follows an aspiring Japanese lawyer named Ryunosuke Naruhodo, an ancestor of courtroom legend Phoenix Wright. With the help of his legal aid, Susato Mikotoba, and London’s great detective Herlock Sholmes, Ryunosuke must put his attorney skills to the test to unravel the mysteries behind 10 gripping cases.

Early purchase of the game will entitle users to the “Art and Music From the Vault” bonus, which contains character design sketches and unused music tracks that can be viewed anytime in-game.

The Great Ace Attorney Chronicles is now available for the PlayStation 4, Nintendo Switch, and PC. 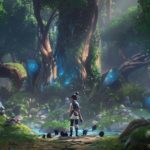 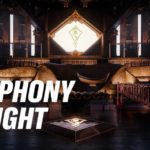