As the final announcement for the Nintendo Direct for E3, fans eagerly awaited for an announcement of the much anticipated Breath of the Wild sequel. Yet hilariously building up the hype, Eiji Aonuma leads up to it by announcing the expansion pass to Hyrule Warriors, new updates on Skyward Sword, and then finally by managing our expectations with a “we don’t have campaigns or any other Nintendo Switch games planned”, shooting down any hopes for some remasters.

What we do get is a Legend of Zelda Game and Watch as an olive branch to appease fans’ current thirst for more Zelda merch.

The Legend of Zelda game and watch includes the first few games in the NES Zelda mainline franchises – The Legend of Zelda, Zelda II: The Adventure of Link, The Legend of Zelda: Link’s Awakening, and Vermin – which you could take on the go like the superfan would. It also features a clock mode, similar to the previous Super Mario release.

What a way to celebrate the 35th anniversary of the franchise with this collectible, which will be available on November 12 for $49.99. 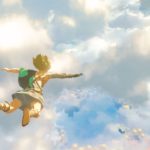 Here’s your first look at The Legend of Zelda: Breath of the Wild 2 gameplay 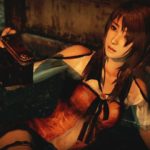