Ahead of Tiny Tina’s next adventure that’s set to release in March 2022, 2K and Gearbox Software have announced that the critically-acclaimed Borderlands 2 DLC from 2013, Tiny Tina’s Assault on Dragon Keep, is available now as a standalone purchase for the PlayStation 4, Xbox One, PS5 and Xbox Series via backwards compatibility, and PC via Steam.

Epic Games users need not worry as starting today until November 16, this release will be available for free instead of its usual $9.99 price tag so be sure to claim it through THIS LINK before the offer expires!

This DLC features the ever-popular Tiny Tina in her inaugural story as she takes on the role of Bunker Master in a thrilling game of “Bunkers and Badasses.” Players can join her in a world born from her imagination, entering an epic quest of revenge and redemption, and diving into dynamic and fantastical settings filled with castles, dungeons, and magic forests.

Tiny Tina’s Assault on Dragon Keep: A Wonderlands One-Shot Adventure is now available for the PlayStation 4, Xbox One, PS5 and Xbox Series via backwards compatibility, and PC via Steam and Epic Games. 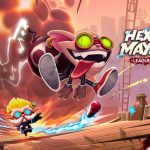 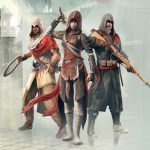 Assassin’s Creed Chronicles Trilogy For The PC Is Currently Free