Whatever your opinion is about NFTs, it was really only a matter of time before it made its way to gaming. Ubisoft is jumping on the opportunity and is getting into the NFT game with their newly launched Ubisoft Quartz platform to manage this new venture.

These new NFTs that Ubisoft has branded as “Digits” will be playable in AAA games. Each Digit will be a unique collectible with its own serial number to differentiate it from other Digits of its kind and will be introduced first to Ghost Recon Breakpoint for PC via the Ubisoft Connect platform.

When asked about its impact on the environment with its energy consumption, Ubisoft says that they will have these Digits on the Tezos blockchain, which is a Proof of Stake blockchain versus the energy-intensive Proof of Work blockchains of Ethereum or Bitcoin. To give you an idea of how much energy it consumes, a single transaction on Tezos is equivalent to streaming 30-seconds of video, asserting their claim of the NFT being environmentally sustainable.

For those new to the blockchain lingo, non-fungible tokens or NFTs are unique units like trading cards. Bitcoin is a fungible token, where you can trade for exactly the same thing, such as with real currency. So it makes sense that works of art could be traded digitally this way.

Ubisoft Quartz will have its beta launch on December 9 but will only be open to limited territories like the US, Canada, Brazil, Spain, France, Belgium, Germany, Italy, and Australia. Free Digits will also be given out on December 9, 12, and 15 as a reward for early adopters.

For more details about the platform, you can learn more via the Ubisoft Quartz official website. 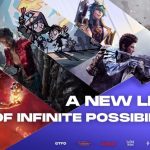 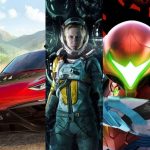